Oh glorious Tuesday. I get through you and the rest of the week is a breeze. I tell myself that. However, each day, I wait to see if lightning, or roofs, or jack hammers, will strike a third time. Last weekend it was electricity from a roof flying off and taking out a power line. Sunday was the workers taking out a gas line Saturday night-thinking it was resolved, and then not, and no gas for most of the day. Of course DH only learned the gas was not back on after trying off and on for over an hour to get the water heater going Sunday morning. swearing and muttering the whole time. The gas company actually had to go house to house and do something both outside and inside.

Pup, and apparently every other dog in the neighborhood was having none of this strange vans and men walking around the neighborhood so it was 1/2 a day of a barking fest. The teen at the end of the block who lives with just his dad was very worried how it was going to work as he had to leave and his dad was at work. DH helped make arrangements so that they circled back to their house when his dad would be back home. We don't know if that happened. Something must have still been amiss, as a truck was at the house on the opposite side of the dad and teen as late as 6:00 yesterday when I took pup for his walk. It's life annoyances like this that can make life seem more stressful than it needs to be, but it also motivates me to track the positive things, the simple pleasures, and the small joys in my life. I too easy get in a negative mindset when things go wrong. 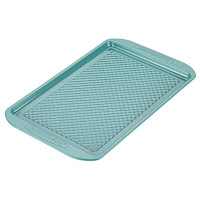 There's the top of mind things that  brightened my week. Most are mundane, but appreciating the mundane and not feeling like everyday has to be a wow is important to me feeling satisfied and content. I'll keep recapping these week to week for myself.