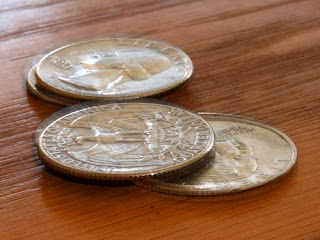 My memory is getting poor, making my Thrifty Thursday posts harder to think up. I've actually been chipping away at this post all week, adding to my list as I think of new ways I have either saved, earned, or stopped a spending leak.

Eight thrifty finds for the week. Thanks for the good discussion yesterday in the comments. I do worry about our financial future and worry that I'm looking a bit nutty in savings pennies and dimes. Hopefully I'm finding a decent balance.