My beautiful daughter is turning 31 tonight at 9:59 pm. It's her golden birthday, and the poor sweetheart is nursing her mouth another day before going back to work tomorrow. The timing stinks as no doubt she would have been gone for the weekend both enjoying Halloween and birthday festivities. Instead, she's joining her dad for the Vikings game and  I'm going to make her a butternut squash/ mock soft mac and cheese, plus a frozen smoothie for a treat, though she's still to avoid too cold and too hot, so it will be melty.

She's been the person closest to me for the last few years. We've had walks and girls dinner, and movie nights, and work from home sessions. She's me all over in so many ways. But honestly, so much braver, more fiercely independent, not willing to settle for less than she deserves, more than me. That perseverance and integrity to who she is can create periods of aloneness and different challenges. (Like sticking to a vegan diet when your limited to soft foods). She was the child that stood up to bullies in school and demanded explanations from college professors when they arbitrarily under scored a project, and successfully got the grade deserved. She's the girl that looked out for other girls in bars in Milwaukee, or London, or LA, or Bohunk middle of nowhere, when there was not so clear but present danger. She's the best younger sister to her brother and older sister to my youngest I could have hoped for. She's their number one ally.

She's relocated multiple times for her career, moving to places she knew no one. Now, she's figuring out how to sustain a career in the arts self employed. In the weeks last spring where indoor gatherings outside of your household were against Executive Order in Minnesota, she got through those weeks living and working alone, walking, running, and working out for hours. She also self publised two poetry and photography books, donating all earnings to organizations that support those struggling with mental health, even after busting her gut to start a non-profit herself to shed even more light on the issue.

Suffice it to say, I love this child of mine with every ounce of my being. If I could wave a magic wand to take all her current and future pain away and make all her dreams come true, I would. Being who she is, she wouldn't let me, knowing no one is immune to experiencing both the highs and lows of life. I'll end this post by sharing something with her I've recently read. These are some mighty lucky people. 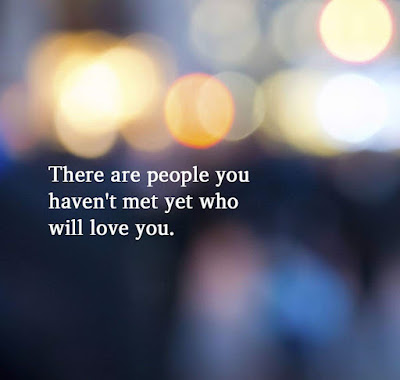