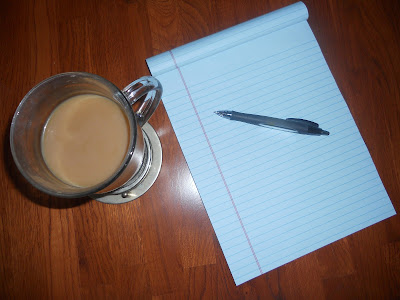 I'm so happy for the weekend. I'm up bright and early  getting a few things tackled before the others wake up. The kid got home about 6:45-she had to drive through the height of rush hour because she left, once again, much later than her original plans, then got stuck in stand still traffic twice due to crashes. I'm making a batch of blueberry muffins and that will please both DH and college kid. Now there's three of us here again. Here's a few topics milling around in my head this fine Saturday.

We are hoping to return to a full weekend this year for our annual sisters weekend. The last time we stayed overnight as a full crew was in 2013, the week before my sister died. Another sister  suggested us staying the weekend (or at least overnight)at her family cabin. We'd do our usual  breakfast, followed by shopping and poking around little shops. A twist, this year a cousin owns a bar and grill  in the general vicinity and wants us to come there for dinner. We'll pass on lunch and do an early dinner, then  be at the cabin for an evening fire and copious amounts of liquid refreshments. We'll hopefully be early enough to stop and get artisan bread and jams, and as long as my sister has the coffee pot ready, I'll be happy with those treats. It's looking like it will be a go the same traditional first weekend of November. We'll honor my sister's memory as that's her birthday week. She would have been 64.

I'm on vacation the following week, destination and plans still unknown. DH wrote a note in my anniversary card that next vacation, he gets to plan. Well, have at it sir! I'm waiting. I think he meant our next uber vacation, not just a random week of with local destinations, but still he's welcome to plan. Really it might be just a night or two away and a project week.

Last of the Local Produce

I think the farmers market in town will still be open today, but probably very little fresh produce, but I'm hoping. I still have not got jalapenos for pepper jam. I'm in the mood for fresh picked apples, but we too are probably too late for this, but the orchards  should still have already picked in their little barn shops. I need to get some local honey crisp. I'll buy a pumpkin if the college kids wants to carve, otherwise, I'll just get a couple small ones, more as decorations and not for carving. They can then stay through Thanksgiving. I'm sure there will be more squash to be had-maybe potatoes as well. For those of you that garden, are you done for the season or do you still get a few things growing?

When I ran on my extended lunch break to get a few groceries for the weekend/week,  thought I better grab another multi pack of TP because I just took the last roll of one multi pack for the upstairs bathroom. That's now my cue to buy the next back up. Loading my car, I saw I had one already in the way back of the trunk. Well, not going to complain about being more stocked up than I thought, but I promise I'm not going overboard. I suppose I carried cold stuff in, left the TP and forgot it was there.

My car trunk is becoming a room of doom. Also shoved way in the back is my punch bowl. It probably has been there for three years. A few months after my daughter moved back to the Twin Cities is 2018, a co-worker was about to go on family leave and they held a baby shower. Well, my family still does punch at showers-just a thing we have held onto, so that is what she knows for throwing baby and wedding showers. As the only women other than new mom, she got put in charge of organization and set up. ( Insert eye roll) She borrowed my punch bowl, and I suppose I took it home with me at some point in November and there it stayed. There's also a few bags of post Christmas  shopping items, left there for when I would eventually have a more organized system. Well, they are still there. Wrapping paper and ribbon, gift bags, and a few odds and ends holiday gifts all taking up room. Please share all your neat as a pin car trunk stories and properly shame me for having yet one more  place to hold clutter in my life.

Getting off the Career Ladder

There is still a whole lot of limbo happening at work. Last spring my new boss, who was the person  that recruited me years ago, but left in 2017, came back to a promotion of heading up our division. It was good to have her back as she let people do their work, was a genuine road block remover, and had skills in technology and data, our team lacks. Then, out of the blue, I learned when I got back from my time off in August, she was leaving! Apparently she had an offer too good to turn down from her last job, so less than 6 months later, we are without a director. Now, several of us are being asked, "Are you applying? Do you want the job." My colleague who was the interim director for over a year said NO WAY. She is gearing up to retire in  few years, and did not want the added pressure. To back fill behind her, which never happened before, would take months, if ever.

We've put feelers out to people we think might make good directors. It technically is a temporary job, as our Big Boss, is on leave, taking an executive position, which is also classified as temporary. I know-convoluted!  I fear we may end up with someone from a partner organization who was recently passed over for a promotion in her world, looking for an opportunity to climb. Not quite the mission passion I would hope for, but I guess no use complaining if I'm not willing to throw my hat into the ring. I'd rather just do my job well, and use any leftover brain power I have to put towards my personal interests. I was on the upward ladder track a decade ago, and it ate me up. My days of climbing this particular career ladder are done, but I certainly might  retire and have  a new hustle. I mean after all, I am making a fortune now as a blogger, right.

I've got four weekends pretty booked, but would love to get another Zoom Blogger meet up if anyone is interested again. I'm probably not free until Saturday November 20th-or Sunday morning for my new friend Jan in Australia. Like before, send me an email at samandcoffee65@gmail.com if you are interested. The kind people at Zoom let us extend our meet up to a full hour, but we might be limited to 40 minutes.

Those are this weeks schmatterings I  felt like writing about. Nothing makes a full blog post, so glimpses into my brain. What are you mulling over in your head this weekend?