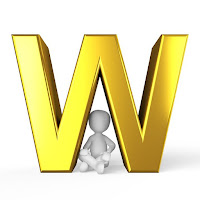 Upfront warning. If you're celebrating yesterday's Supreme Court decision to over turn Roe vs. Wade, you should probably stop reading now. The country officially went backwards yesterday. I feel gutted for all us women, but young women in particular, that had a right taken away. Nope, can't shore up gun laws "cuz, my freedumbs", but a woman can't make a decision for herself that impacts her health for the rest of her life.

What’s top of my mind: The Supreme Court decision. Either Gorsuch or Coney Barrett are a sham on the bench. The Republicans played both sides of their own argument by not holding hearings for Garland or not waiting until after the election to seat Barrett. I also fully believe Barret's decision wasn't impacted by law but personal bias. (Let's get more babies for rich Christian women to adopt. Oh, but not those children. They can live in poverty or the foster care system.)  She, Gorsuch, and Kavenaugh lied in their inquiries when they acknowledged Roe V Wade was law when asked specifically if they would act to overturn.

Red party leadership. Despicable every last one.  You all can have any opinion you want on this one, but this decision is beyond horrible and who knows how far the right wing nut jobs will go using the basis of this to overturn other basic rights.

A successful but stressful roundtrip to Chicago. Her Visa paperwork is all in, and should be back within four weeks, though of course could be longer. The girl ahead of my daughter mentioned she's leaving August 8th. I sure hope she has no delays. My girl leaves in September 8th.

I have a friend's son grad party tomorrow. Depending how I feel when DH gets home, I may head to the lake too. I'm still one beat lady. Emotionally and physically.

We'll, besides being sucked into the news, nothing really but an episode of Call the Midwife. I'm going to start season 3 of The Umbrella Academy.

I have no book going, unless you count A Theater for Dreamers. Maybe I'll finish this weekend. I forget exactly the next book for book club. Pharacees? Perhaps?

We had loads of different music on route. But, we heard the same annoying commercial about father and son liking different music, but both can get a Covid booster. It's not a very compelling message if you hadn't decided- just annoying.

We didn't eat anything special while gone. I made a huge pan of roasted veg Wednesday night and will do more. We devour them! My daughter bought some fabulous medium size mushrooms and there's still more. I need more tomatoes, carrots, and zucchini.

The women that call themselves prolife, but don't say word one about child poverty, health care for all, equitable wages, and access to quality child care. Admit you're pro-birth, not pro life. Slap those same asses harder that are clapping and putting their uptight prick mugs on camera saying " our prayers were answered." I'm pretty certain many members of the powers that be that got us to this point  have pressured, paid for, or threatened many women to have abortions to benefit themselves or a member of their circle. Too many of those men are too stupid to understand or care about contraception and too entitled to keep it in their pants. Oh so Christian. I'm done now on this blog about the subject, but you can guess how I'll be spending time leading up to November.

It's time DH picks a vacation week so I too can ask off. I assume we'll spend it at the lake, but maybe throw a day trip or too into it. We haven't been to Duluth in ages, but to me, that's at least an overnighter and likely everything's booked.

I'm not sure I shared that my daughter thought she might have made an error in confirming her appointment. They were very formal saying if appointment was not confirmed, it would be cancelled. She hit the button sent via email, but then didn't get a confirmation.  She couldn't figure out how to get back in the system so sent a follow-up email too. We got to the Consulate early, just in case she had to beg for a solution. Before she could even go to ask if they had her meeting time, her name was called. I visibly could see her nerves stabilize. It only took about 10-15 minutes for her appointment, and she had everything she needed. Her relief made me smile.

The W's we're really something this week. This is not a political blog, but I felt I couldn't be just a bystander and not speak my mind. I understand there may be strong feelings about this. I hope you stay a reader, but I'll not  get into a debate on this in the comments. If you'd like to share your W's, I'd love to read them.