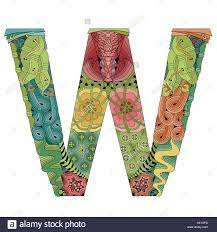 We're officially now halfway through 2022. My mood is everywhere and I'm tired; mentally, emotionally, and physically tired. I'm not sure how to shake it. I just keep plugging along, but feel like I'm just existing, not living. Whine, whine, I know. Nothing is awful. No one is sick. No one's livelihood is threatened. In fact, we're all working so hard and long that might be part of the issue. It's me, period, so up to me to figure it out. I appreciate the comments on the disappointment topic yesterday. I wish I didn't have a personality that let's disappointment fester on my mood. I want to feel like after giving myself a little time to feel disappointed, I can dust myself off and move on. Wallowing doesn't help create the next opportunity. Thinking about doing something and making excuses of why not, isn't the brightest way to approach a slump. I almost skipped blogging today, but this space feels like a place to maybe boost a little life force forward. Let's see how my W's fair?

What’s top of my mind: The Supreme Court again is top of mind. Looking at what had been universally accepted as separation of church and state, they now throw more right wing curve balls. Believe me Trump does not live in my head for free, but the legacy of one of the most disreputable men on earth, who couldn't even pose holding a bible the right way up for a photo op, by putting evangelist judges on the court, is still present in our lives. If any of our fellow citizens, other than Christian, are discriminated against being able to grand stand on public stage, anyone applauding this SC decision better get their asses out there defending them just as hard. I know they will just grab their pearls and talk dogma that the US is a Christian country. This is so hard for me, being what I feel a real Christian is supposed to be. I'm just so frustrated to think what decisions might come next. I am celebrating Dr. Ketanji Brown Jackson's appointment. Small comfort after the railroading the Republicans did to get Gorsich or  Coney Barret seated, you know, play both sides of their own arguments and state they are not cheats and liars.

Nowhere that I haven't mentioned so often in previous posts,  Chicago, lake, to view a house. I would have liked to go down for the live music Thursday night, but my daughters were gone, and DH was deep into some program. I just tried to enjoy some time outside with pup after it cooled off. Oh, and I went to a meeting for  a MN House of Representatives candidate, seeking to win a seat that has been Republican held for 40 years. I will be voting for her, but I was actually a bit disappointed to not really hear her platform beyond considering herself progressive. She mentioned a couple hot button topics, but overall, didn't share her priorities or the how/approach and I was caught speechless that she didn't know about the SC football coach/prayer ruling, considering education was one of those hot topics she said she was so concerned about. It seems like that would be a pretty  big story to know if you were running for a house seat. Her knowledge width and articulation of thought needs to improve over the next few months. I hate feeling like I will be voting against her opponent and not voting for her, if that makes sense.

Weekend plans include an annual 4th of July party at my sisters today and the lake tomorrow. Pup just gets so overwhelmed with too many people and the fireworks, so I want to be home with him Sunday night and Monday. I miss trivia-maybe I can lure the group out next Wednesday. (Again, might be part of my funk that I'm off my routine). I have to go to our new offices some time next week and find  files from 2017 for a specific audit. My co-worker thinks she knows where to find them, but I have a different recall of where they were packed. We don't really know where the pallets ended up either after we packed the old building.

I haven't watched a lot of television, other than the new season of the The Umbrella Academy. It was very much just OK. I was expecting more after the second season was so good. The second half of Stranger Things will start so I suppose that will be part of our viewing. I'd like to find a good movie or two that I haven't seen, pop some corn and enjoy.

I'm embarrassed to say nothing. I didn't even read the Sunday paper. I really am so spent after work, mostly I just sit for a while-not reading, listening, or watching anything. It's actually a bit therapeutic. Rachel posted a list of books she has read for fun. I picked up a book in the Little Free Library on the walking path. I might find an old summer read book from my stash, just to get in the summer mood.

Ok, so you women in the 50's age bracket, do you remember the Kate Bush song, Running Up a Hill, from 1986? It's being played all over due to the resurgence in Stranger Things. To be honest, I don't recall ever hearing the song before the new television series. I'm generally curious who already knew her and her music. It's a very melancholy song-I sort of feel it. I would have been 20 when it came out, and it generally is my kind of music, surprised I didn't know it before.

Our meals were not great this week, but we've eaten loads of produce. My top off shops are real shops it seems, and we are bursting with food that needs to be eaten. I'm just going to the lake on Sunday, but have a July 4th party today. I'm going to use what we have for both days, but do need fresh broccoli and sunflower seeds for the  salad I'm taking to my sisters. The generic pasta salad with peas and cheese I made for fathers day was such a hit, I'm bringing that Sunday.

I already slapped members of the Supreme Court (that sounds very wrong when I read it.) But I'm going to full on slap those that deny  Dr. Brown Jackson's qualifications to be seated as our newest SC Judge. While I'm on a roll, let me slap our auditors who know we are without building, it's a holiday week, the close of one and the start of a new fiscal year, but are demanding documents by July 12th.

I don't know, but I feel like I need to plan something. I officially requested the week of August 29th off. I'm not sure when my daughter will be giving notice or if she intends to work that whole week, but she leaves on September 7th and has a lot of details to take care of. I'd Ike to spend some time with her too. I'll look at a few other days to take off-some Thursdays perhaps to go with my flex Fridays, but not until all the audit materials are off my plate. My older daughter took the week of August 15th off and will be at the cabin much of it. I think my Hot Spot is better now, so I might combine a day off with a work from the cabin day. I'd settle for a good day trip or two, just fun stuff, maybe a late and lingering lunch at an outside café.

I have to think about this one. Here I was  lecturing Spo that he needs to keep this category in his weekly W's because there is always something to smile about, even if a little thing and now I'm struggling with it. There must be things that made me smile. Our basketball court got dug out and a new one replaced. The old one went in 30 years ago this summer, so it has been wore down and cracking. The lines still need to be painted, but I guess seeing kids using it and enjoying the new surface is smile worthy. Also the ducks on the pond-they are fun to stop and watch for a bit. We have one goose that hangs out with the ducks. I wonder about her story. The raspberries on the deck vines are starting to come too-its crazy and smile worthy.

I feel better after both blowing off steam in my rants, but also thinking through  the questions, the good things, and making note of them. It seems many bloggers have taken a few breaks. I applaud you for doing what works for you, but know you are missed. I love reading  how others are managing hot weather, your gardens, day trips, and your travel. It makes me motivated to get out of my slumps, camera or phone camera in hand, and just embrace and capture life instead of leaning into a  to a pity party. If you'd like to share your W's, I'd like to read them.
Posted by SAM at 7:04 AM