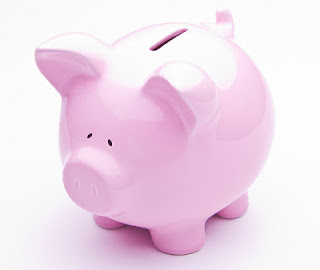 A bad habit I have when going to the lake is willy nilly buying groceries that I know either is too much and need to get hauled back home, or scarfed down indiscriminately by relatives who go by the motto that if it's there, they will eat it. Suffice to say, May was an expensive grocery month. But, I'm looking for ways I can economize and maybe without being a crank, reduce the cost mooching, for future family weekends.

There's a few ways I practiced thrift though, some in money but also time and resources. I'm also trying to figure out more economical meals to share at the lake, without the big eaters that are not contributing, to fill up without costing me a weeks grocery budget.

I've got a list of money related goals for June, but the unwritten goal is always to avoid waste- money, good, time, resources that could be much better used elsewhere. Any wins in your home this week?