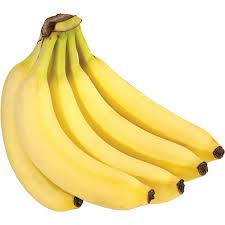 We were in a glut of too many bananas again. I'm also trying to eat down "stuff" so whipped up this banana bread. I'll share what I did, but it's not so much a recipe but a kitchen experiment.

Mushed 4 overly riped bananas then added 3/4 cups sugar, splash of vanilla, and a few shakes of cinnamon. I have all these oatmeal packets, so added three, two brown sugar and one cinnamon spice, plus one cup flour, 1 tsp each salt and baking powder, and 1/2 tsp baking soda. I made sure the leavening v as incorporated into the flour before  stirring it all  Oh, separately I made two flax eggs, (1 TBLS flax seed-3 TBLS water), and poured in after dry stuff. Mixed all together,. Sprayed three little loaf pans and baked @350°for 35 minutes, tested, then another 5.

The bread was caramelly from the brown sugar, nutty sort of from the oats, and dense and delicious. I froze two as I meant to give one to my daughter and I was making a piggy of myself with the first.

I can't figure out our banana needs. Sometimes 7 is too few and other times, I'm figuring out ways to not waste them. I nabbed four boxes of vanilla jello pudding at the discount store earlier. Next time, I might try making a banana pudding or cake. Mushy bananas in pudding might not be the best so would have to use earlier than the four from Sunday. A cake would need to go somewhere as it wouldn't get eaten here after a piece or two and I'm not sure a cake would freeze well. Maybe there's a Nothing Bundt copy cat for banana flavor.

Do you eat banana's in your home? What's your buying strategy? Please link your favorite banana recipes if you're so inclined.